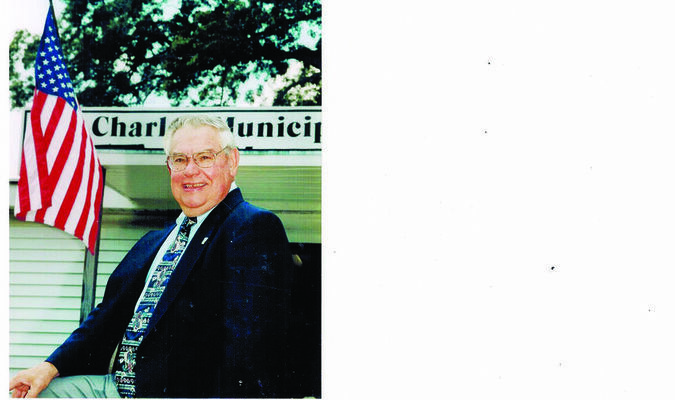 Mayor Robert Patrick passed away at his home in St Charles, Arkansas, Sunday August 28th; he was 93 years old.

Born and raised in Dewitt Arkansas, Robert worked in many jobs- one was delivering ice where he met his sweetheart, Doris Dawson. He joined the US Navy and served during the Korean War. After his honorable discharge, he married Doris and started a small food brokerage. His next career phase was with the Dixie Cup Company. He received multiple promotions with Dixie that moved the family all over the country- Fort Smith, St Louis, Pontiac Michigan and finally Ridgefield CT.

While raising his family in Ridgefield he involved himself in many civic activities. He was president of Ridgefield Little League, President of Pop Warner and President of the Ridgefield Boys Club. He was an active leader of scout troop 116, coached many of his son’s baseball and football teams and umped and refereed many games. He was also a member of the Lions Club in both Connecticut and Arkansas.

In 1988 Robert and Doris retired and moved back to their roots in St Charles to be close to family. They began a little wood craft business and enjoyed traveling to craft fairs. Not being one to sit back and relax he needed a project and that turned out to be Saint Charles.

His election of mayor started him on a path that led to numerous improvements to the town and many seats on boards and committees throughout the state. He was President of the Municipal League for the state of Arkansas for a term. He was also a recipient of the KARK community service award in 2009 for volunteerism. These are just a few highlights of the countless accomplishments of his well lived civic minded life.

He was predeceased by his wife Doris (Dawson) Patrick and his daughter Pam (Patrick) Inman.

Mayor Patrick will be missed by his son Kevin and his wife Adria of New Milford CT, his longtime friend and companion Naomi Mitchell of St Charles, three grandchildren, Robert and his wife Madeline, Natalie and partner Brian Bertram of New Milford, CT and Mark and partner Lyza Santello of Watertown, CT. He is also survived by his sister Alma Young of Dewitt and his brother Raymond (Phyllis) of Searcy as well as many nieces and nephews.