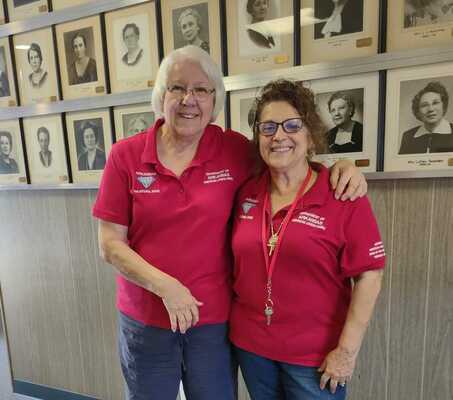 “Veterans and our military are my passions.”

Smith stated, “Veterans and our military are my passions, and my family fully supports my work. We work together no matter how far apart we are on the map. We help each other, our veterans, and our communities. We choose to contribute to society by working to serve and honor those who fought for our rights and freedoms as Americans.”

Founded in 1919, the American Legion Auxiliary (ALA) is one of the oldest patriotic membership organizations in the United States of America. To learn more and to volunteer, join, and/or donate, visit www.ALAforVeterans.org

Comedy Show Brings Out Crowd For Good Cause