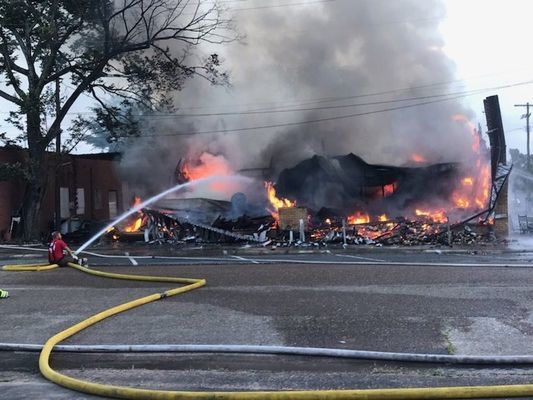 The building was previously used as the DeWitt Karaoke Club and in past years was a shoe outlet run by various community members.

Crews are currently working to extinguish a structure fire at the corner of Cross St. and Washington St. The DeWitt Police Department and DeWitt Fire Department are diligently working to contain the fire. Be aware that some sections of the city streets are blocked so the crews can work the scene.

Two buildings were destroyed with the fire that ignited shortly before 5:15 a.m. on Friday, June 28, 2019. One of the buildings housed a business in past years and had been turned into a house. It is unknown what caused the fire to break out, but at this time it is believed that no one was injured.

Stay tuned for more information as it is released.