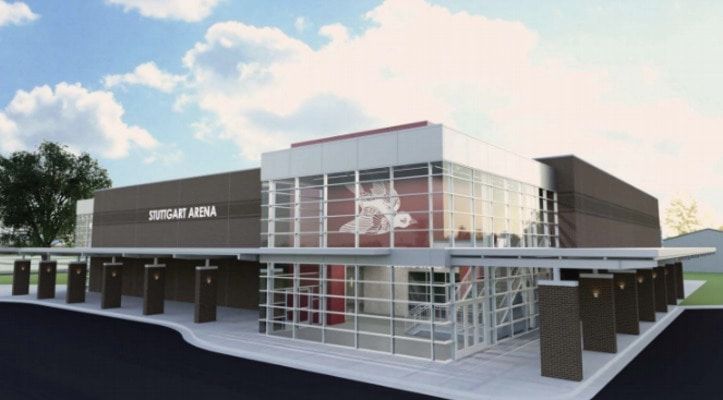 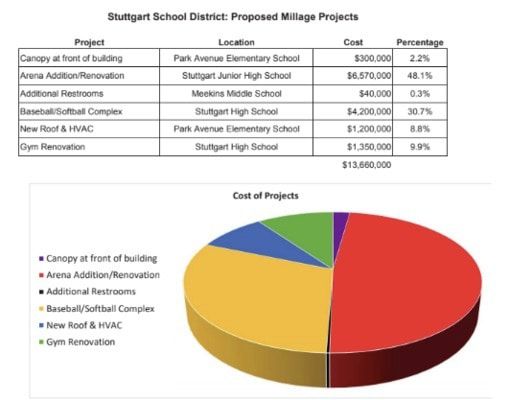 The morning after brought uncertainty to the Stuttgart School District’s future by those waking up to a disappointing outcome and for others, great news.

Voters rejected a school tax rate of 40.5 mills to be used solely for maintenance and operations of the Stuttgart School District schools, during a special election, on Tuesday, January 14.

The millage failed by a margin of 84 votes with 752 total voters.

“So sad that a town can’t support the school and the kids,” said Brent Wittman. “Regardless of what some say or think, these facilities are used by all students and are in desperate need of upgrading. The district will now fall further behind.”

According to documents released by the Stuttgart School District, the millage increase impact on homeowners would range from $3 a month to $12 a month.

“Investing in our community and youth is more important than banking that little extra,” said a Stuttgart business owner after the voting results were announced.

Information was readily available on the district’s website as well as their Facebook page but residents still claim they were unaware of any special election.

“I knew nothing about the election,” said a Stuttgart resident. “I had no idea what was going on until it was over and everyone was talking about it. The Stuttgart Daily Leader really needs to come back.”

Other residents felt the information wasn’t communicated clearly or voted against the millage because it would not benefit all students or the community.

According to the SSD, with the new basketball, baseball, and softball facilities, the district would be able to host district, regional, and state tournaments, bringing revenue into the city.

Meekins Middle School teacher, Latara Robinson, explained how their building has not been repaired in over 20 years besides the addition of the gym after the 2008 tornado and how the bathrooms desperately need attention.


“Would you go to the bathroom, hold the faucet on with the left hand just to wash the right hand and vice-versa,” the middle school teacher asked. “I've heard a plethora of people say “the schools are still the same since I went here. Hint, improvements are needed.”

A Stuttgart man stated he was one of the people who was going to vote no until he had a conversation with an administrator who explained why the millage was needed.

“Those types of conversations need to be heard by the voting community also,” he said.

Could that have been the difference between a yes and a no vote? Some believe so while others want to see a more diverse plan that will benefit the entire student body.

“I think people need reassurance that their demands are being heard and will be handled somewhere in the millage,” said Larry Cox of Stuttgart.

For others, they felt the focus of the district should be academics, with every Stuttgart school rating a “C” in the Arkansas Department of Education Public School Rating System.

With the election behind the community, many hope the district will bounce back with a more effective plan that will work for the betterment of the community and all students in the district.

“Time to evaluate what went wrong, make necessary adjustments and have another election as soon as possible,” said Josh Troy. “This was a good idea. Let's not give up hope.”

According to a press release from Stuttgart School District Superintendent Rick Gales, the patron’s voice must be heard as the district moves forward with future improvement plans, while creating stakeholder groups to help guide their next steps.

“The Stuttgart School District would like to thank not only the supporters of the millage, but all those community members who took the time to go out and vote,” said Gales. “The feedback that has been provided to us throughout this millage campaign will be extremely beneficial as we make plans for improving our district.”